Concerted efforts and intense programmatic focus are needed to reach HIV-positive people who are not yet diagnosed and are not receiving life-saving treatment, Minister of State, Prime Minister's Office responsible for Policy, Parliamentary Affairs, Coordination, Labour, Employment, Youth and Disabled Jenister Mhagama has said.

Minister Mhagama made those remarks during the launching of the Tanzania HIV Impact Survey (THIS) 2016-2017 Report which shows that more than half a million people living with HIV in Tanzania are unaware of their HIV status. 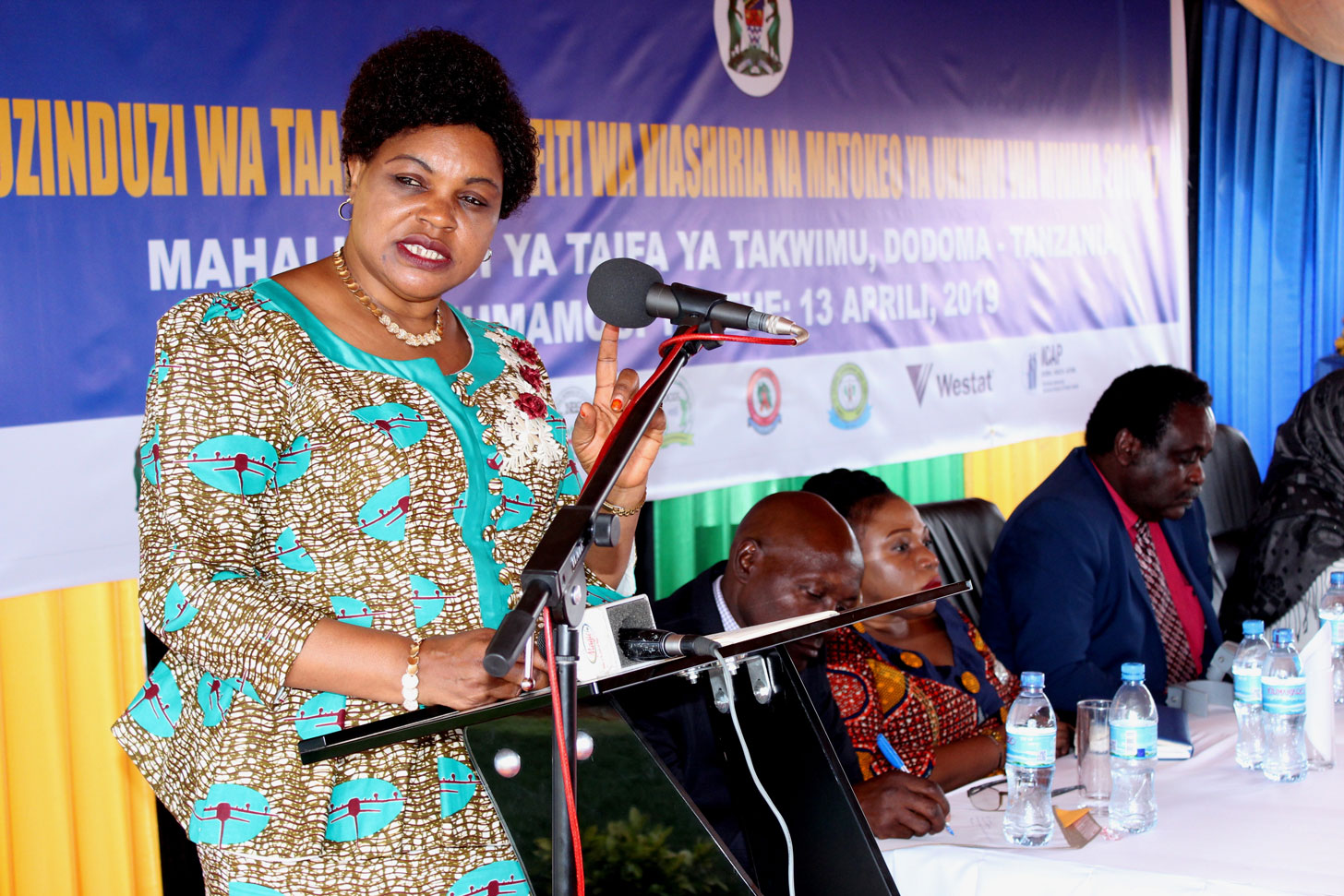 According to the report men have lower awareness of their HIV status than women and have lower linkage to treatment and viral load suppression a situation which the minister described it as not appealing.

“We launched furaha yangu campaign to sensitize more men to do testing but the response shows that more women (56 percent) than men (44 percent) were tested” She noted and added that more efforts are needed to persuade men to show up for testing.

Minister Mhagama told stakeholders attended the launching which was held at Takwimu House in Dodoma that there is a positive trend in curbing new infections which shows that annual HIV incidents have dropped from 80,000 in 2012 to approximately 72,000 in 2017.

On her part, Statistician General Dr. Albina Chuwa said THIS 2016-2017 is the first national HIV survey that covered populations of all ages and other indicators that were not part of the three surveys conducted previously in the country.

The survey also investigated HIV prevalence among children aged 0-9 years, early adolescent children aged 10-14 years, and elders aged 50 years and older; and the prevalence of syphilis, acute or chronic hepatitis B, and past or current hepatitis C.

Meanwhile, chairperson of Parliamentary Committee on Aids Hon. Oscar Mukasa said he was pleased to see the role that Parliament can play in the national efforts to rid our country from HIV/AIDS scourge is recognized.

“At the national assembly, our decisions are evidenced-based, therefore these statistics will guide us in our decision making when it comes to issues related to HIV/AIDS pandemic” He said.